Construction on the first phase of completing a $2.2 billion outer expressway toll loop around Raleigh, North Carolina, has begun.

Lane Blythe Construction Joint Venture of Charlotte won the $403 million design-build contract in December 2018 for the first phase of the project, which will extend the Triangle Expressway from U.S. 401 to Interstate 40 in southeastern Wake County. Later phases of the project will eventually close the loop for N.C. 540, at a projected cost of $2.2 billion.

“This project, when complete, will connect the outer loop around the greater Raleigh area and provide a six-lane expressway that improves mobility and reduces congestion,” says the N.C. Department of Transportation. Officials with NCDOT, the state’s Turnpike Authority and other agencies held a groundbreaking for the project November 13. 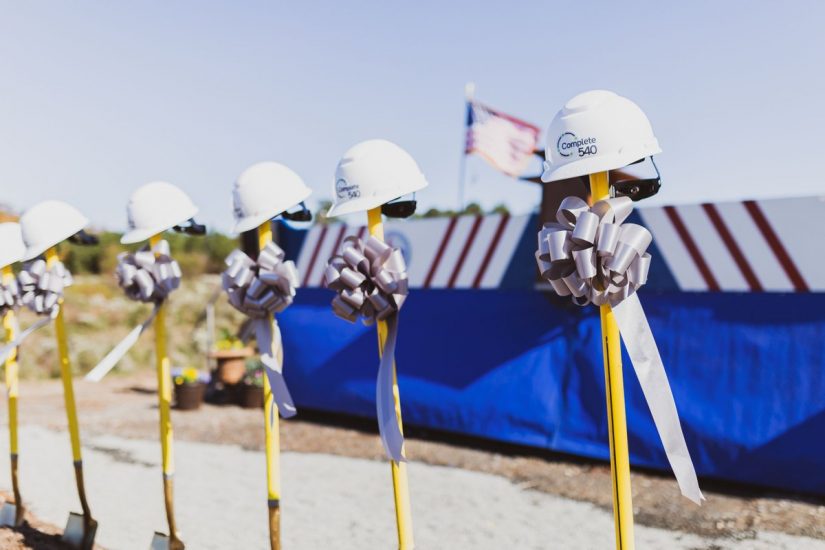 The overall plan extends the freeway 28 miles south and east of Raleigh to connect with the existing 18.8-mile N.C. 540, which became the state’s first modern toll road in 2012, according to the N.C. Turnpike Authority.

Soon after the contract was awarded, the Southern Environmental Law Center, along with other environmental groups, sued over the project’s potential effects on wildlife habitat and the surrounding area’s ecology. The project will pave over 70 acres of wetlands, destroy 55,000 feet of streams and disturb habitat of rare and endangered, SELC had said.

The lawsuit was dropped this past August after the groups reached a deal with the state to include environmental protections. Those provisions include requiring NCDOT to:

The first phase of the project is scheduled to open to traffic in 2023. Work began November 18 in the median on I-40, NCDOT says.