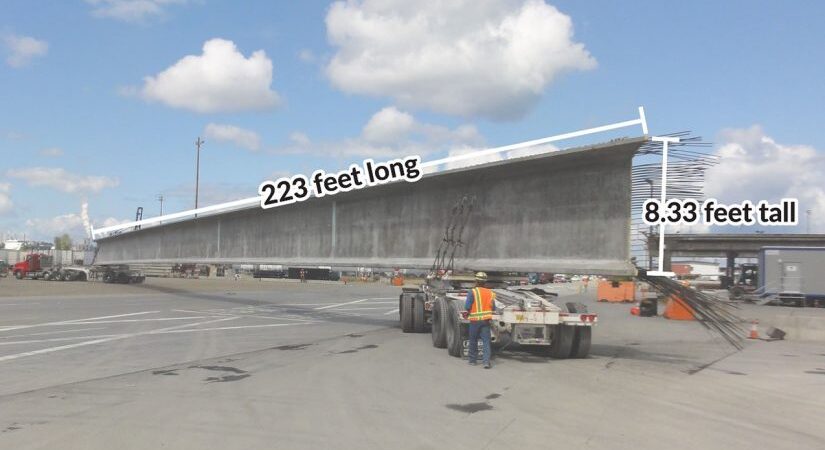 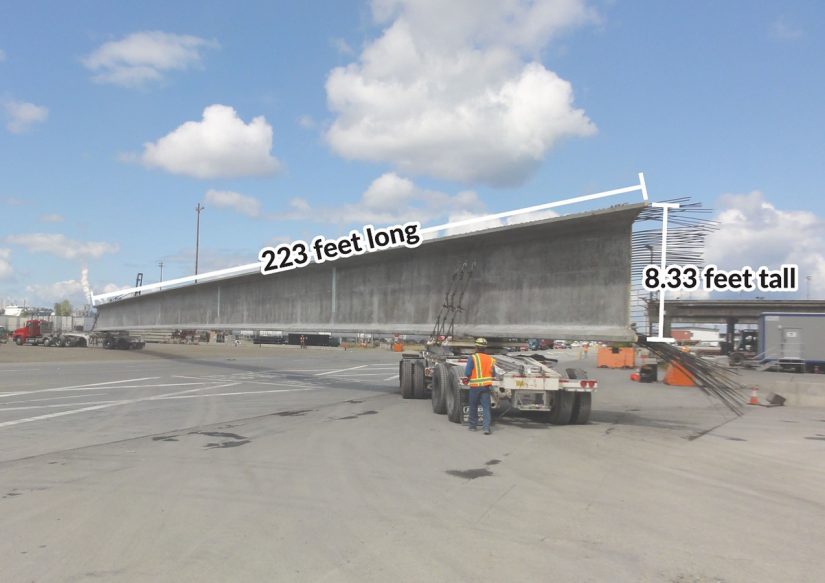 The longest prestressed girder ever built in North America is prepared for transport to its new home on the future I-5 Puyallup River Bridge in Tacoma, Washington. Photo credit: WSDOT

The longest prestressed concrete girder ever made in North America will soon be placed on an interstate bridge in Tacoma, Washington, according to the Washington State Department of Transportation.

The girder made of lightweight concrete was produced by Concrete Technology Corporation in Tacoma. It is 223 feet 4.5 inches long, the company says. It is 8.33 feet high and weighs about 240,000 pounds. It will be placed along with 29 other girders, ranging in lengths of 192 to under 223 feet, for the new southbound Interstate 5 Puyallup River Bridge.

The girders were made at such lengths because they need to span railroad tracks that will remain in operation during the construction period. The completed six-lane bridge will have nine spans. 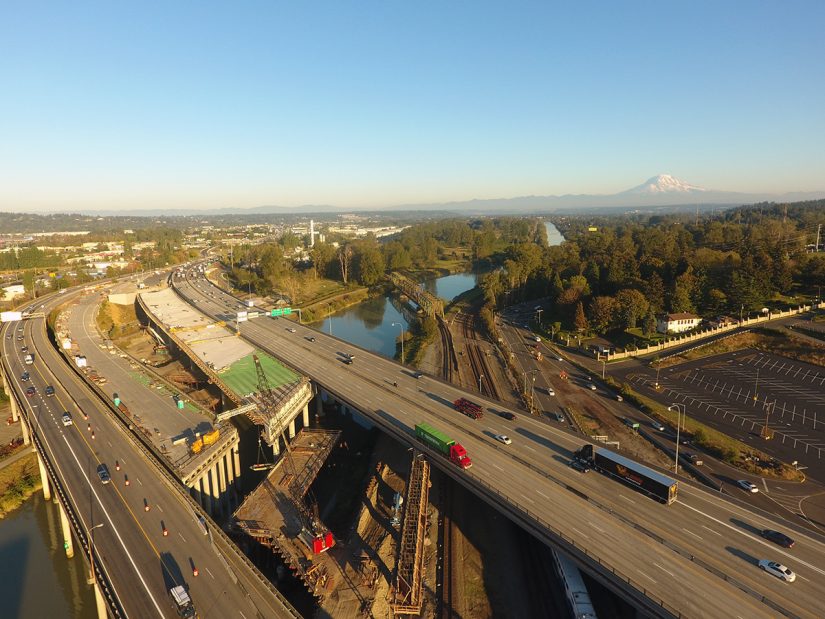 A drone shot of the construction site of the southbound I-5 Puyallup River Bridge. Photo credit: WSDOT

The contractor on the project, Guy F. Atkinson Construction, began the girder installations January 4 for the bridge’s remaining three spans. The 30-girder installation is expected to take about a month. WSDOT says two cranes will move three to five girders into place each night. Fifty-four girders were installed in February for the other six spans.

The new bridge is tentatively scheduled to open in the fall, according to WSDOT. It is part of a project to add high-occupancy-vehicle lanes and other improvements on Interstate 5, its ramps and arteries. The goal is to improve traffic flow through the area.

The new bridge will be straighter and wider than the bridges it will replace, WSDOT says. The old bridges over the river will be demolished. Total cost of the project is estimated at $325 million.

To watch a WSDOT video of the 54 girder installations in February for the first six spans, see below:

The post This new bridge is being built with a record-breaking concrete girder (Video) first appeared on Equipment World.

Save the Date for the Cement & Concrete Industry Virtual Fly-In

Monthly Webinar to Include Association Overviews by ACPA and PCA

This new bridge is being built with a record-breaking concrete girder (Video)
© 2017-2020 by TERRAROADS INTERNATIONAL, INC