The thirteenth meeting of Trade Ministers of ECOWAS Member States was held on 25th November 2021 at Hotel Sarakawa in Lomé, the Togolese capital. The meeting, which was a follow-up to the Meeting of Experts of ECOWAS Member States in charge of trade, held on 24th November 2021 in Lomé, was aimed at reviewing and validating the report and draft documents for the operationalization of the ECOWAS Regional Competition Authority (ERCA), which is expected to start operations soon. 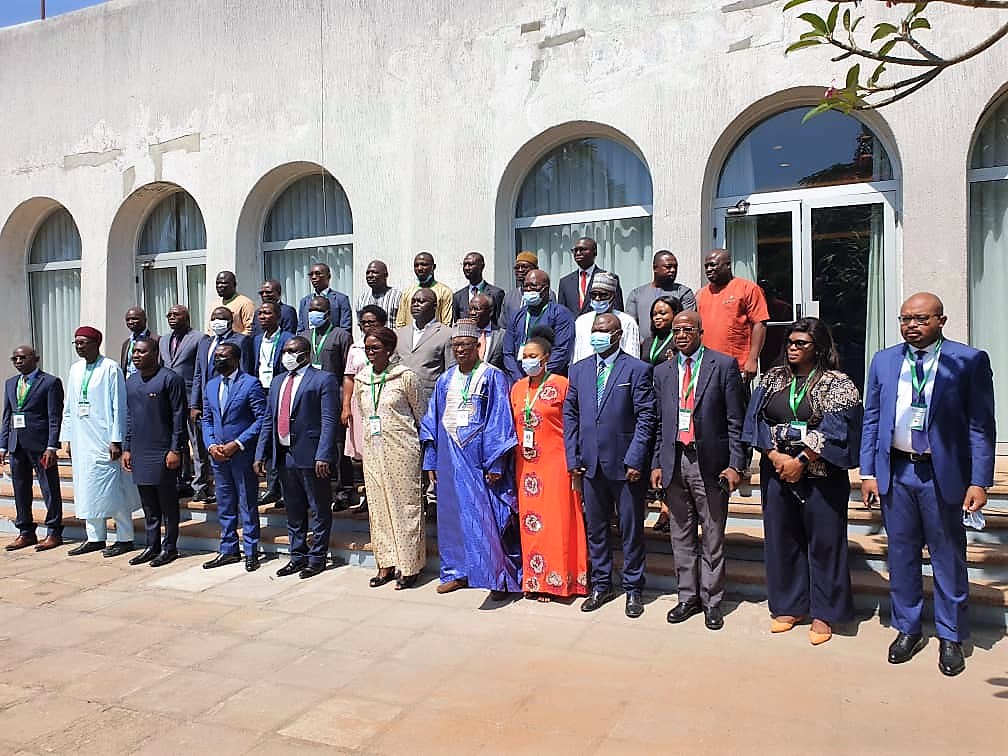 In his opening speech, Mr Tei Konzi, welcomed the participants and, on behalf of the President of the Commission, H.E. Jean Claude Kassi Brou, expressed his gratitude to the President of the Togolese Republic for his commitment and leadership in the quest for integration and thanked the Togolese Government for hosting the meeting. He commended the Experts for the consensus reached on the draft documents presented for their consideration.

He stressed that time is of the essence, given the current challenges of the AfCFTA, and that companies in the region must be prepared to face the arrival of new competitors. He urged ECOWAS and UEMOA to intensify dialogue towards finalizing their cooperation framework.

Speaking on behalf of the Togolese Government, Mr Kodjo Adedze, welcomed the participants to Lomé, the meeting hub. He pointed out that ECOWAS Member States are going through an unprecedented health crisis and that it is necessary to put in place appropriate mechanisms to sustain trade and increase transactions between them. Recalling the Revised ECOWAS Treaty, which is aimed at creating a common market and enhancing free competition, he highlighted the need for countries to work towards establishing a harmonized competitive framework. 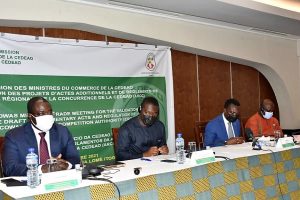 He further commended the presentation of the draft documents for the operationalization of ERCA, and noted that the collective effort is yielding results. Finally, he called on Member States to develop a sense of competition and increase public satisfaction, and wished them successful deliberations.

He concluded by informing the meeting that only 5 Member States have National Independent Competition Commissions and then declared the 13th meeting of ECOWAS Trade Ministers, open.

Following the opening ceremony, the Ministers reviewed and validated the report of the Meeting of Experts, as well as the draft texts for the operationalization of ERCA.

During the closing ceremony, the various speakers express their gratitude to the Togolese Government for the warm welcome and hospitality extended to the participants since their arrival in Lomé. They commended the quality of work done that ensured the success of the meeting.

The recommendations of the Thirteenth Meeting of Trade Ministers of ECOWAS Member States will be presented at the forthcoming meeting of the Council of Ministers for validation and recommendation to the ECOWAS Authority of Heads of State and Government.