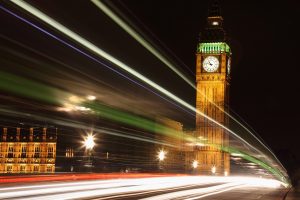 Tax is always the focus for election manifestos

For the Construction industry tax has been something that has been discussed a lot over the last few months – even before the UK General Election was announced. Mainly due to the construction VAT Reverse Charge, which was due to come into force on 1 October 2019, before being postponed at the eleventh hour to 1 October 2020 (most likely because of the lack of preparation in the industry and also anticipated Brexit by 31 October 2019, which itself was also postponed).

The postponed VAT Reverse Charge legislation changes who pays VAT to HMRC, with parties higher in the supply chain (eg contractors) retaining VAT and paying it to HMRC (instead of paying it to eg subcontractors for subcontractors to then pay on to HMRC). One of the main drivers for this legislation, from the government’s point of view, is to reduce tax avoidance by construction parties further down the supply chain.

Tax avoidance is expressly mentioned in the Conservative, Labour and Liberal Democrat’s 2019 manifestos:

From the construction industry’s point of view, the VAT Reverse Charge legislation is already prepared and ready come into force on 1 October 2020. So, for the party that wins the election, this legislation is likely to be a quick and easy win, enabling them to say that they have taken measures to crack down on tax avoidance in the construction industry and to say that they have ticked that box in their manifesto.

Also, in light of these manifesto promises, it seems unlikely that the VAT Reverse Charge legislation would be postponed again, and the industry should therefore continue to prepare for this to come into force in October 2020.

Ronan Lowney, who is an expert in VAT matters, says: “Out of a total VAT take of c. £130 billion the estimated loss of VAT from the construction sector is £80 million. Construction has historically been a prime target for tax authorities, and more particularly governments looking to be seen to counter tax fraud. Therefore, following through on a measure that is already in the pipe will be an easy win.”

The post Tax is always the focus for election manifestos appeared first on Highways Today.