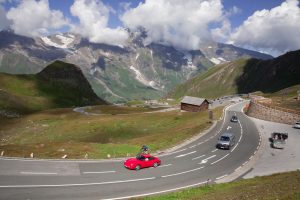 Around ten days after STRABAG announced the temporary halt of work on its construction sites in Austria, the largest Austrian construction group is now gradually resuming its construction activity. This move has been made possible by a social partner agreement reached yesterday, Thursday, on construction-related COVID-19 protective measures.

Nevertheless, individual agreements will be reached with the respective clients to determine for which construction sites it makes sense to resume activity given the supply chain disruptions due to the border closures. Those employees who cannot yet be deployed or are currently only able to work to a limited extent will do short-time work.

On 18 March 2020, STRABAG had announced that it would halt its regular construction activity in Austria. An evaluation of the construction sites had shown that for many of the sites the legally required one-metre distance between employees could not be consistently guaranteed in practice during construction operations.

According to the social partner agreement, the minimum distance for necessary work on the construction site need not be maintained, provided that the mouth and nose of all persons involved are protected and that no members of risk groups are employed for the task. Further agreements include occupational hygiene measures such as regular disinfection of the facilities on the construction site and organisational measures such as staggering the work over time.