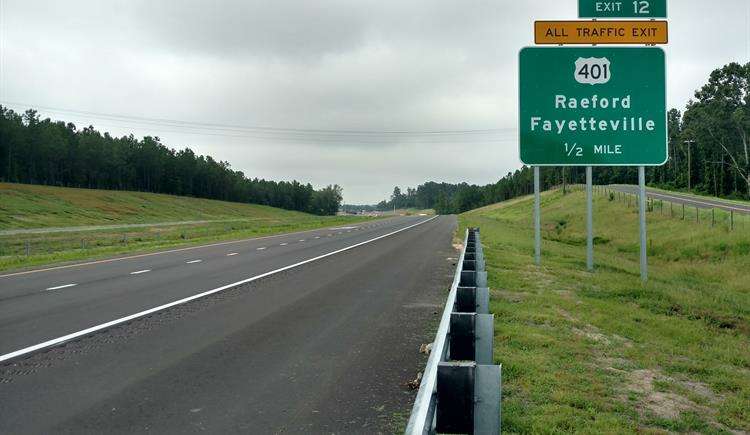 A new section of the Fayetteville Outer Loop in North Carolina has opened, as the $1 billion project surpasses the half mark.

But drivers will have to wait longer for the entire loop’s completion due to the N.C. Department of Transportation’s financial crisis that has been exacerbated by the pandemic. Originally planned to be completed in 2024, the outer loop is now slated for completion in 2026, according to NCDOT.

The new 2.7-mile section for the renamed Interstate 295 for the Fayetteville area, which is home to Fort Bragg, adds to the link that will eventually connect I-95 north of the city and south of Hope Mills. With the new section, 22 miles of the 39-mile future loop are completed. Work began on the outer loop in 2003.

“This vital urban loop continues to improve regional mobility and reduce traffic congestion in town,” said Grady Hunt, the area’s representative on the N.C. Board of Transportation. “With this new segment, people living in Hoke County and western Cumberland County will be able to get to Fort Bragg more quickly.”

The NCDOT is awarding design-build contracts on the project in phases. The new segment is part of a contract with Barnhill Contracting Co. of Rocky Mount, N.C., awarded in 2016. Several bridges are under construction on the project. The total cost of this phase is estimated at $108 million and to be completed in Summer 2022. It includes an interchange at Raeford Road that opened August 19 for the newly opened section.

To watch a drone flyover video of the new section and ongoing construction, see below:

Work is also underway on a section to link I-95 near the Robeson-Cumberland county line. The $129.7 million contract for this section was awarded to the design-build team of Balfour Beatty Infrastructure, Branch Civil and STV Engineers of Wilmington.

A contract for another section –­ from U.S. 401/Raeford Road to Camden Road – is set to be awarded in August 2022, according to NCDOT.

Last November, a 7-mile section was opened between the All American Freeway, which leads to Fort Bragg, and Cliffdale Road in western Cumberland County. Both this segment and the new segment bear signs that read, “Interstate 295,” as the state has received FHWA approval to designate the entire loop I-295. NCDOT says it will eventually replace the N.C. 295 signs on the route. 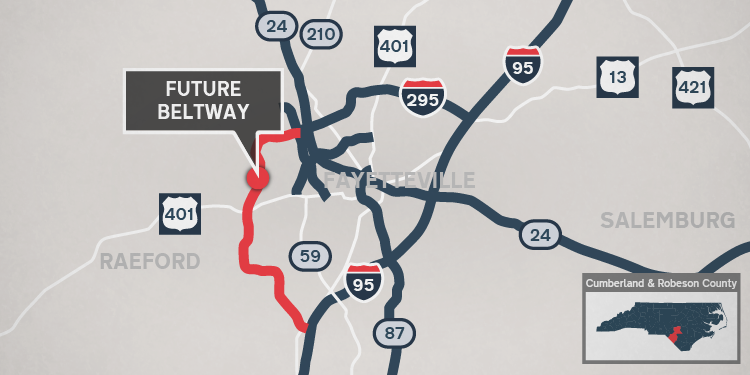