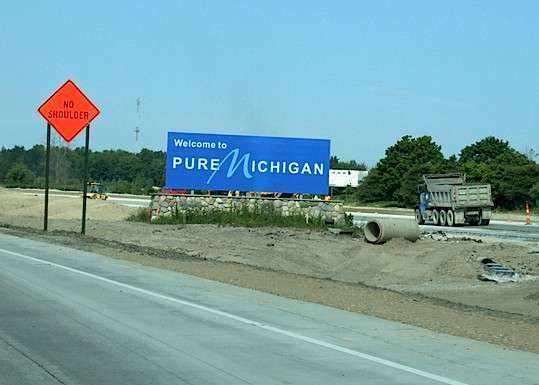 Michigan Gov. Gretchen Whitmer recently vetoed $375 million in one-time spending that lawmakers had appropriated for roads and bridges, according to Crain’s Detroit Business. With 147 line-item vetoes, the governor carved nearly $1 billion out of the nearly $60 billion spending plan for the 2020 fiscal year that went into effect on Tuesday October 1.

The Democratic governor’s veto of more money for transportation infrastructure comes after she asked the Republican-controlled Legislature to raise $2.5 billion in new taxes to support roads and schools.

“The Republican budgets were a complete mess, and today I used my executive powers to clean them up to protect Michiganders,” Whitmer said in a statement, according to the news agency. “The Legislature is broken. Talking points don’t fix our fundamental problems as a state.”

Whitmer vetoed nearly all of the $400 million that Republican lawmakers wanted to spend on a one-time boost in funding for road agencies, including $68 million to replace four crumbling bridges, one of which will need $50 million in order to be replaced.

“Instead of working this out together, the governor decided to play political games and walk away from negotiations,” House Speaker Lee Chatfield (R-Levering) said in a statement, according to the news agency. “Her tactics wasted everybody’s time and manufactured a crisis out of thin air. I hope it was worth it.”

Whitmer and legislators have been at odds for months over road funding, but both sides had agreed to remove a long-term road-funding plan from the annual state budget. However, negotiations broke down again when Republican lawmakers insisted on redirecting $400 million in surplus funds to a one-time boost in spending on roads and bridges for a 45-cents-per-gallon fuel tax hike. Before Whitmer’s line-item veto, the overall spending plan included $5.3 billion for roads, a record amount for transportation infrastructure.

Aggregate Industries completes major A14 works ahead of schedule
© 2017-2020 by TERRAROADS INTERNATIONAL, INC