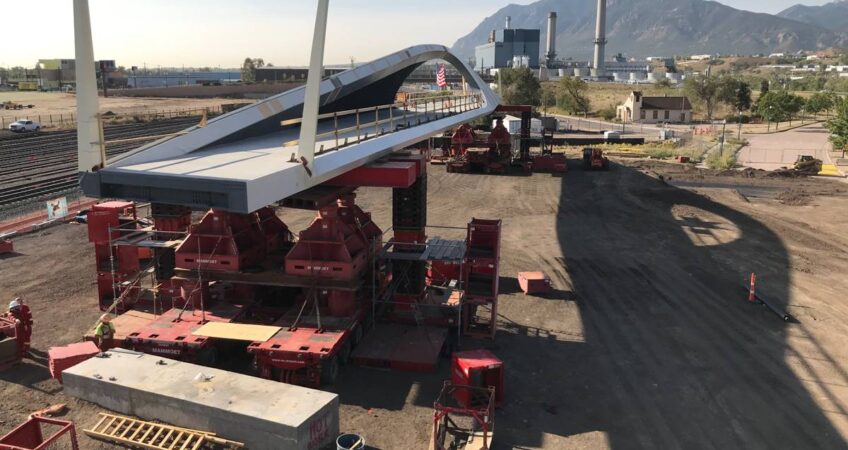 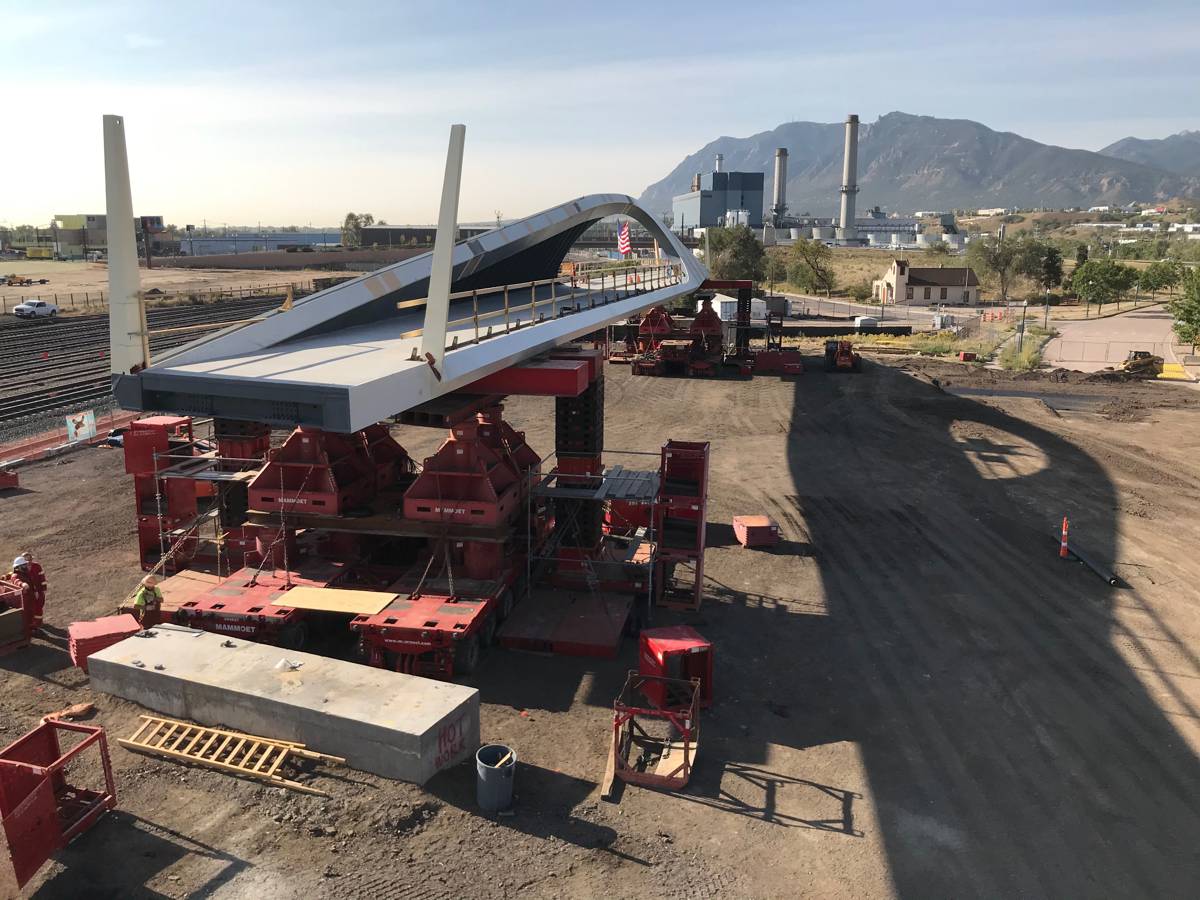 The installation of the bridge required crossing eleven railroad tracks, so precise planning was crucial to ensure minimal outage time. 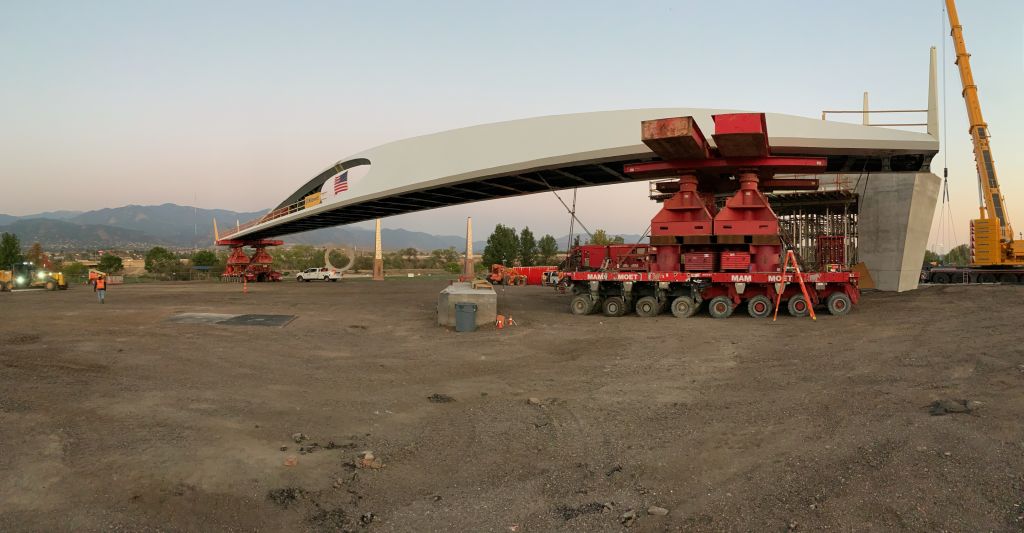 The 76m bridge was set into place using Mega Jacks and SPMTs.

Mammoet has extensive experience in setting bridges around the globe, including three bridges for The Villages community in Florida and the recent installation of a pedestrian bridge at Seattle-Tacoma airport. All of this expertise was needed to meet the project’s strict time requirements: railroad authorities gave an eight-hour work window to complete the entire installation of the bridge.

Prior to Mammoet’s arrival, the 76m (250 ft.) prefabricated bridge was assembled, welded together, and given a concrete walking surface. Once on site, Mammoet crews used eight 500-ton Mega Jacks to hoist the bridge close to seven meters (22 ft.) in the air to allow for the installation of SPMTs for transport.

The bridge was set on SPMTs and driven to its final installation location.

The use of these jacks allowed the team to keep the bridge’s centre of gravity low while traversing the tracks. A combination of wooden and steel mats was used to safely cross the railroad tracks and ensure there was no load bearing directly on them – as this could potentially damage the highly trafficked tracks.

Once the transportation phase of the project was completed, the bridge was jacked -down into its final installation location. Mammoet’s team had risen to the challenge, and was able to cross the tracks, install the bridge and remove the 64 axle-lines of SPMT in just under five hours, allowing the railway to begin operations again ahead of schedule.

The bridge is slated to open in early 2021 and will connect the America the Beautiful Park to southwest downtown, which includes the U.S. Olympic and Paralympic Museum and Hall of Fame as its centrepiece.

Save the Date for the Cement & Concrete Industry Virtual Fly-In
© 2017-2020 by TERRAROADS INTERNATIONAL, INC