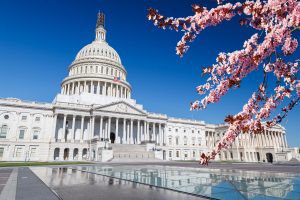 Last Friday morning, House Committee on Transportation and Infrastructure (T & I) Chairman Peter DeFazio (D-OR) introduced a five-year, $547 billion surface transportation reauthorization bill, the ‘‘Investing in a New Vision for the Environment and Surface Transportation in America Act’’ (INVEST in America Act). The bill includes historic investment levels for roads, bridges totaling $334 billion, or roughly 61% of the total. The legislation also creates new discretionary grant programs and would bring back “member designated projects”—formerly known as earmarks.   The bill is currently scheduled for markup on June 9 and 10.

ACPA applauds the committee for moving forward with the reauthorization process and is pleased to see the legislation moving forward through regular order.   We are especially appreciative of the robust funding levels and programmatic stability provided by the bill.  The INVEST in America Act is very similar to H.R. 2 which passed the House last July – it includes a one-year extension of current funding levels, funding increases on a few items for the first year (including for earmarks), and a four-year reauthorization that makes substantive programmatic and policy changes.  One concern ACPA has is that the bill focuses on restricting new highway capacity, except in narrow cases.  House T&I democrats have made available a two-page Fact Sheet as well.

ACPA is hopeful that the coming days and weeks will see the emergence of a bipartisan, bicameral process that will ensure a long-term bill will be signed into law before the current highway authorization (FAST Act) expires at the end of September.  We will continue to provide updates as the process moves forward.

Check Out Our Latest ‘3 Minutes on Monday’ Vlogs