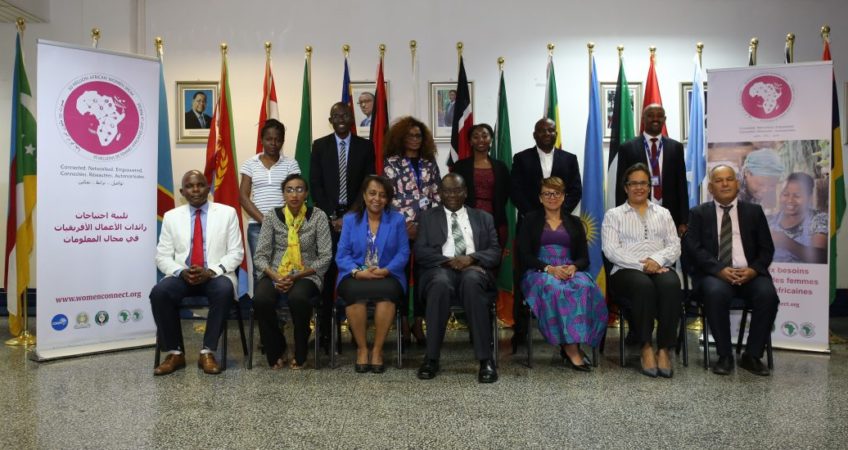 National content developers from four COMESA Member States have been trained on the use of the 50 Million African Women Speak platform (50MAWSP) at the COMESA headquarters in Lusaka, Zambia. The 9-11 September 2019 induction workshop brought together national content developers from Comoros, Democratic Republic of Congo, Madagascar and Tunisia. Also taking part were gender focal points from DR Congo and Mauritius.

Hence, Levitra generics(http://healthfacts.co/2018/10/11/levitra/) can be discovered just on Asian market. India is where Vardenafil, the dynamic substance of Levitra, is made. Generics are a lot less expensive than unique medications and they are illicitly imported to the nations where the patent is still in actuality.

Speaking at the official opening of the workshop, Assistant Secretary General, Programmes, Amb. Kipyego Cheluget said the platform would help to address challenges that women entrepreneurs face, including gender-specific barriers such as limited access to information and networking opportunities, lower levels of education and business training.

He urged the content developers to ensure they create useful and up to date content and to vigorously market the platform in order for it to be a success.

On her part, the Officer in Charge of the Gender and Social Affairs Division Mrs Mekia Redi welcomed the content developers to the 50MAWSP team and noted that the inclusion of the gender focal points from Member States was critical in enhancing ownership of the platform at national level and ensuring its sustainability.

A total of 17 national content developers will support the project at the COMESA Member State level by generating relevant content to meet the information needs of women entrepreneurs. Of these, 14 have commenced work.

The 50 Million African Women Speak Project (50MAWSP) is contributing to the economic and social empowerment of women across 38 African countries through the provision of a networking platform to access information on financial and non-financial services.

Funded by the African Development Bank (AfDB), the project targets 50 Million women in business and is implemented by the Common Market for Eastern and Southern Africa (COMESA), the East African Community (EAC) and the Economic Community for Western African States (ECOWAS).