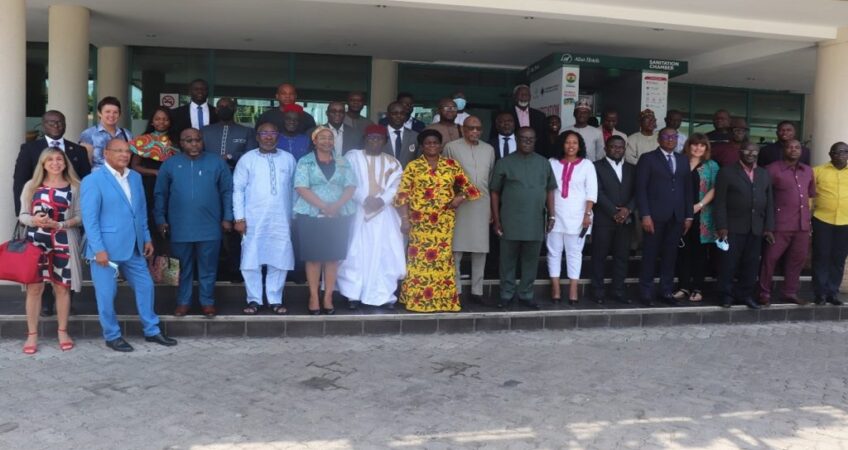 FIGHT AGAINST THE PROLIFERATION AND ILLEGAL TRAFFICKING OF SMALL ARMS AND LIGHT WEAPONS (SALW) IN WEST AFRICA: NATIONAL COMMISSIONS MEET IN ACCRA FOR THE EFFECTIVE IMPLEMENTATION OF THE ECOWAS CONVENTION ON SALW. 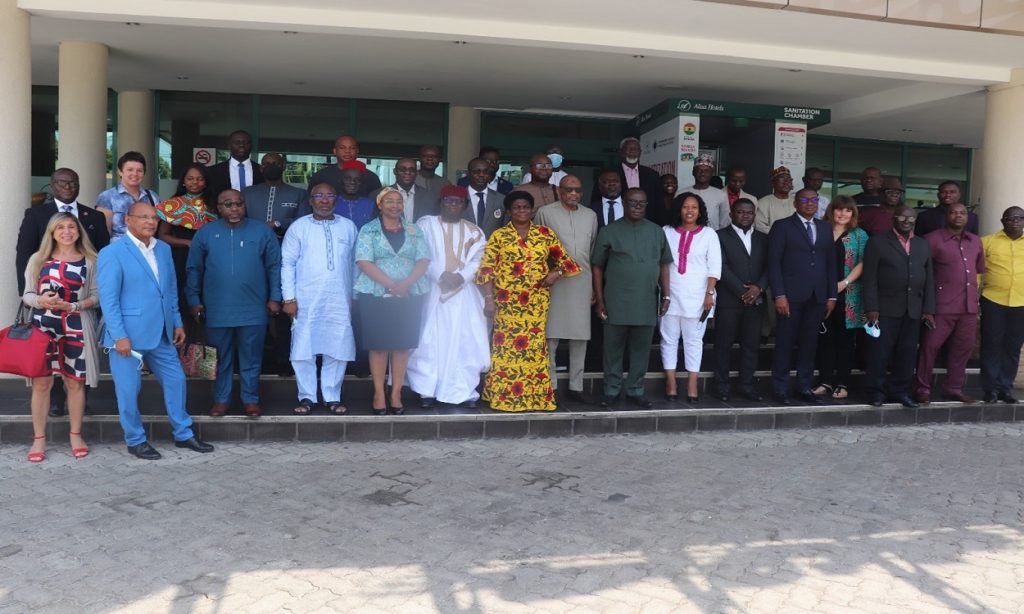 In his welcoming speech, the Chairman of the National Small Arms Commission of the Republic of Ghana, Rev. Professor Paul Frimpong Manso warmly welcomed the workshop participants and stressed the importance of such a gathering for the effective deliberation on the control of the flow of arms in the region. He also called for preventive and collaborative efforts to ensure a sustainable approach to the implementation of the ECOWAS SALW Convention. 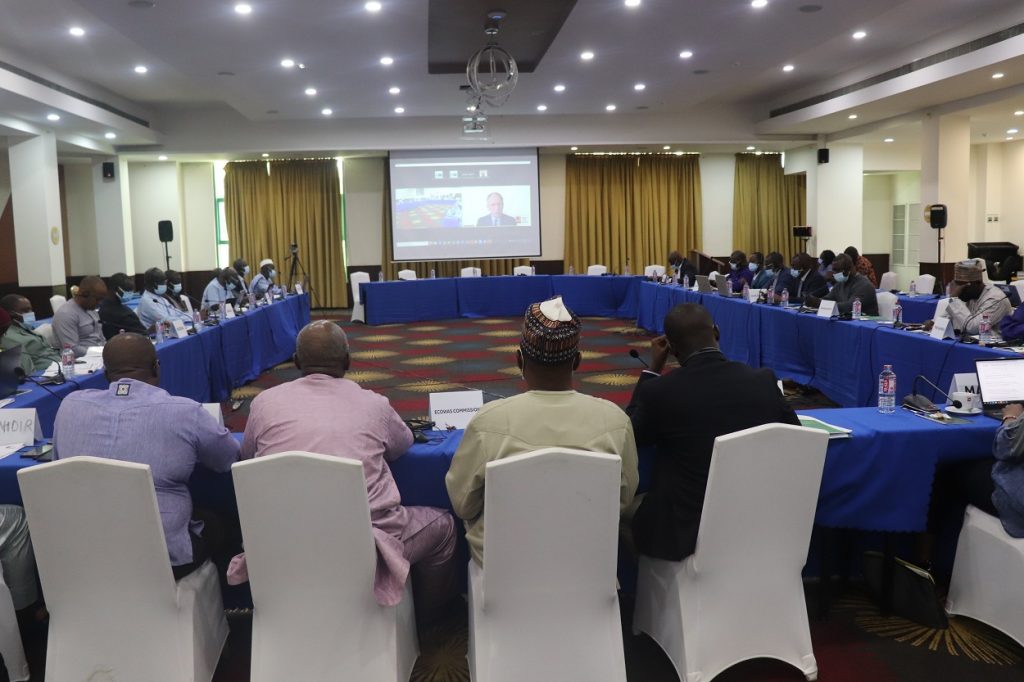 UNDP Resident Representative in Ghana, Dr Angela Luigi expressed her organization’s commitment to supporting the NATCOMs in their cross-border collaboration to fight organized crime, the availability and ease of access to SALW and improvised explosive devices (IEDs) to improve security and make West African communities safer.
She ended her speech by thanking the EU, the German Government, the ECOWAS Commission and the National Small Arms Commissions for their excellent partnership over the years.

Mrs. Andrea Grimm, representative of the German Ambassador, expressed on behalf of the German Government, her satisfaction and to indicate that Germany is always ready to support SALW control interventions. She pointed out that Germany had already provided 9 million euros to the ECOWAS region for the implementation of various arms control interventions. She concluded that Germany looks forward to the next steps in the implementation of the five-year action plan which was approved last year and stands ready to support these efforts.

The representative of the Head of the Delegation of the European Union (EU), Anna Lixi, confirmed the EU’s commitment to support the fight against transnational organized crime and to strengthen the capacities of NATCOMs in the fight against dangers associated with SALW. She further stated that “The OCWAR-T project offers a way forward to help countries address some of these protracted challenges and help bring attention to the issue at the political level. The EU Delegation in Ghana therefore encourages the NATCOMs to make full use of the technical assistance available under the OCWAR-T ” project.

In her Opening remarks, the Chief Director of the Ministry of Interior Mrs Adelaide Anno-Kumi on behalf of the Minister of Interior of Ghana HON. Ambrose Dery said that “Terrorist groups like Boko Haram. Al-Qaeda in the Islamic Maghreb (AQIM), Ansar Dine, Mozambique- ISIS has used inactive youth and small arms and light weapons to strike easy targets in our neighboring countries Mali, Nigeria and recently Burkina Faso. In most cases, their acts of violence target civilian populations, which is why I task the Board of the Small Arms Commission to put in place strong measures to effectively control trade, manufacture and flow of illicit small arms and light weapons in our country’’. She called on the Member States which have marked their weapons to keep the registers and to integrate them into an ECOWAS database as part of the implementation of the Small Arms Convention.

At the end of the meeting, the Member States delegates unanimously stressed the need for the inclusion of qualified IT experts into the daily operations of the NATCOMs for effective management of the arms tracing databases and the full operationalization of Articles 9,10,11 of the small arms convention.

The NATCOM meeting was preceded by a 2-day experience sharing workshop on the implementation of the OCWAR-T Small Arms component in ECOWAS Member States on the 15th and 16th of November 2021 also in Accra Ghana.