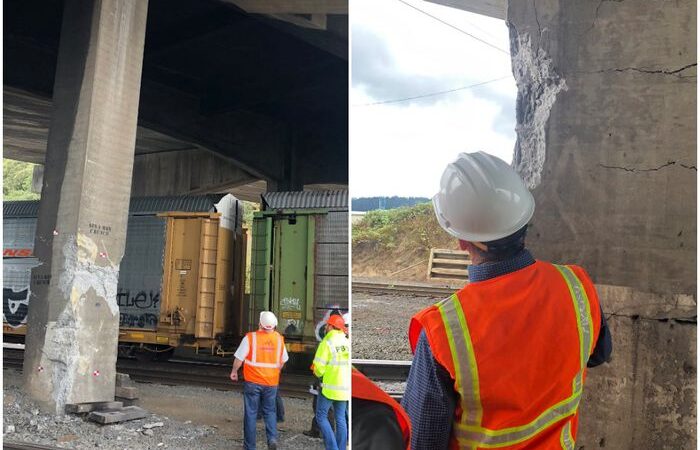 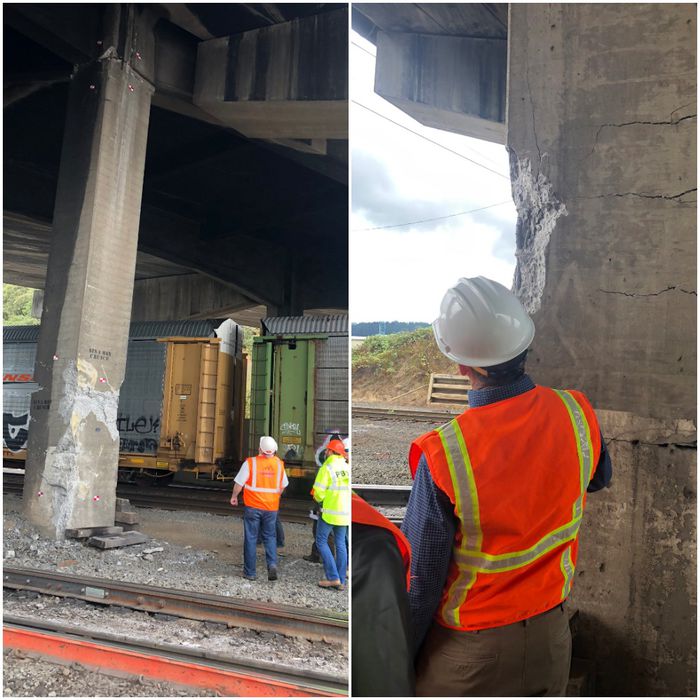 Union Pacific has stopped running trains on an adjacent line, so engineers and contractors can examine and determine the extent of the damage. Dylan Rivera, a transportation bureau spokesman, told the news agency it could be several months before all of the bridge lanes are reopened to traffic.

The bridge is made up of three separate bridge sections, and the middle and oldest section of the bridge, which was built in 1930, suffered the most damage. City engineers have not yet decided whether to build around the damaged support columns or shore them up.

City engineers aren’t sure how long the repairs will take.