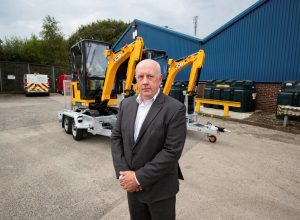 The company has bought the two 19C-1E fully electric models to help maintain a staggering 44,000 kilometres of underground cables. Five times quieter than its diesel counterpart, the JCB machines are deal for use by the company’s engineers, who work 24-hours a day to maintain the network.

Electricity North West is building on its eco credentials by charging the two machines using electricity generated from renewable sources at its depots across the region.

The investment is all part of a multi-million pound initiative by Electricity North West to drive down its own carbon emissions. Following a successful trial, the two machines are already hard at work across the region installing underground power cables. 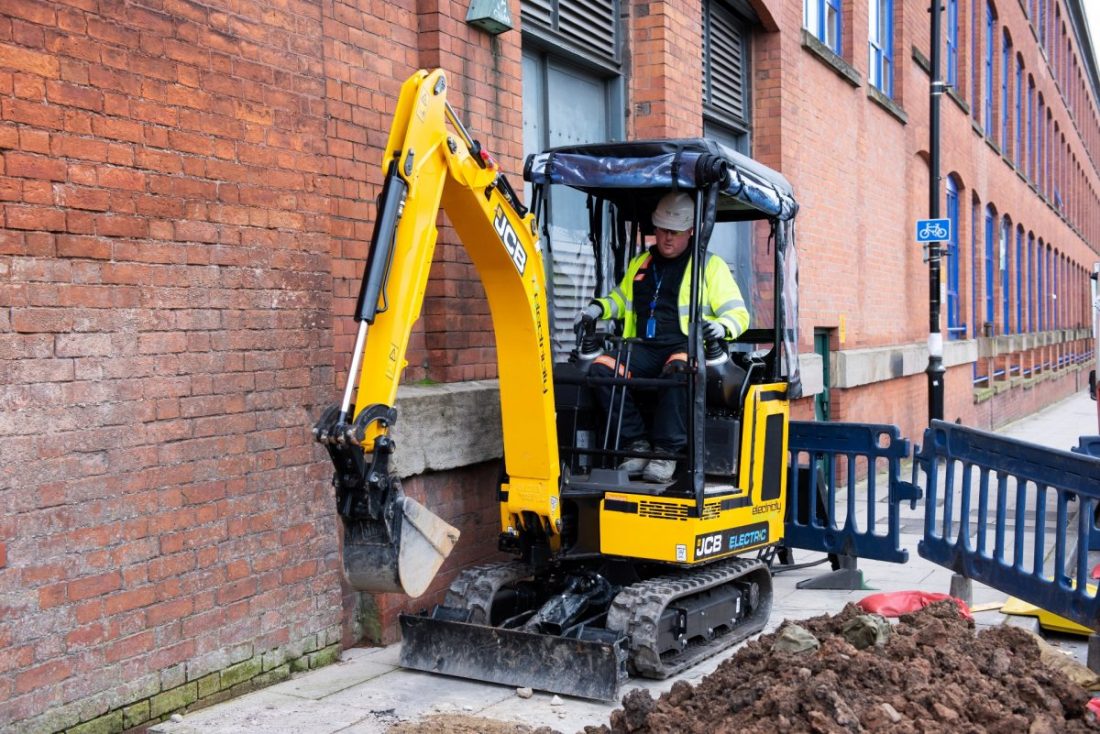 At work in Pollard St, Manchester. Picture by Paul Currie.

Electricity North West’s Engineering and Technical Director Steve Cox “They are excellent machines. Our team finds them more powerful than diesel diggers and another major positive is the reduced noise levels. Power cuts can happen at any time of the day and night and sometimes we’re required to dig up roads and footpaths to repair faults. Using the new electric diggers, which have reduced noise levels, means we can work into the night without impacting our customers.”

Electricity North West has made a commitment to phase out diesel mini diggers to reduce its carbon footprint as part of its ‘Leading the North West to Zero Carbon’ plan launched in March. The plan sets out how Electricity North West is investing £63.5 million over the next four years to drive down its own carbon emissions and help businesses and customers to do the same. 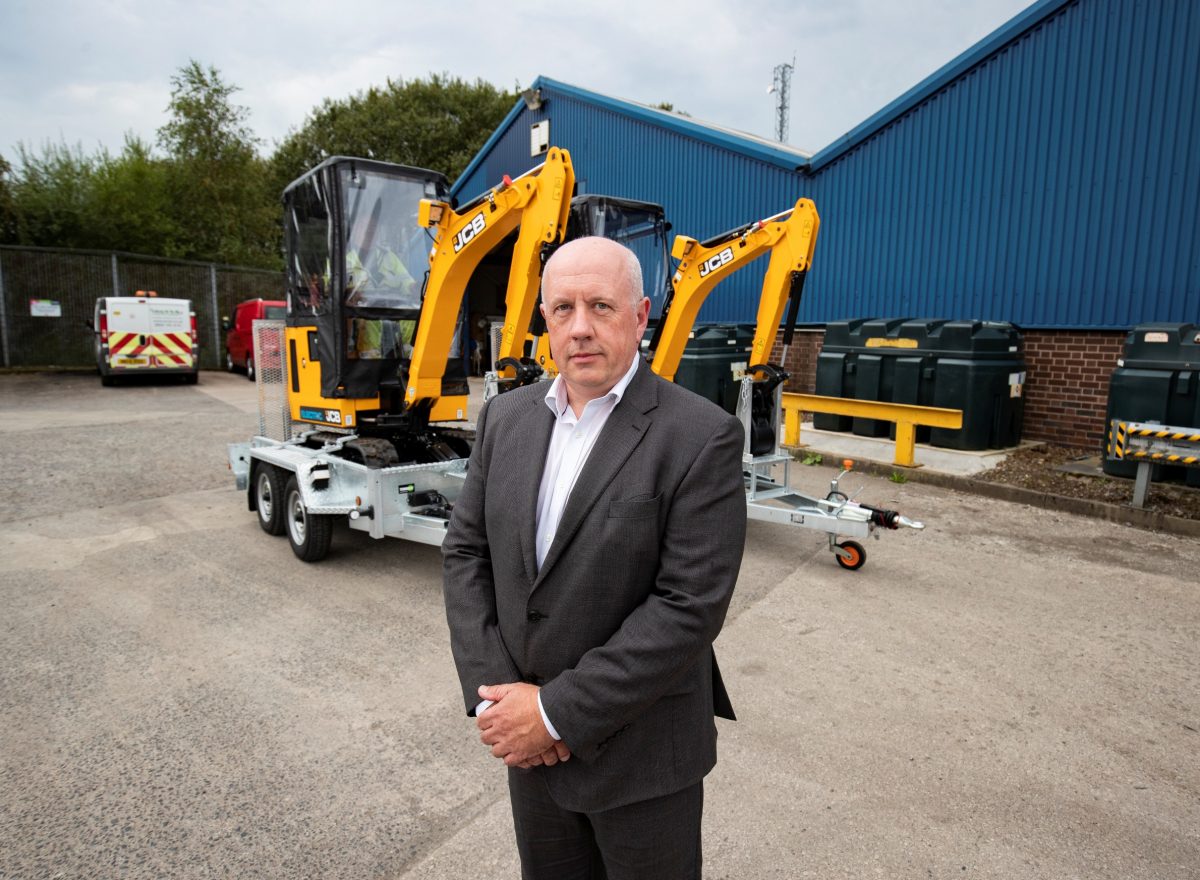 Steve Cox added: “The ‘Leading the North West to Zero Carbon’ plan demonstrates our commitment to be one of the businesses driving the region’s transition to a carbon neutral future. We’re looking closely at our own operations and how we can decarbonise them. Collectively, small changes can make big impacts and this shows what can be done now to reduce carbon without having a negative impact on customer service, performance or cost.”

As well as lower emissions, the 19C-1E model is more cost effective with JCB research revealing that over the first five years, charging costs will be 50 per cent cheaper compared to using red diesel. Fully charged, the 19C-1E can put in a typical full day’s shift for a mini excavator.