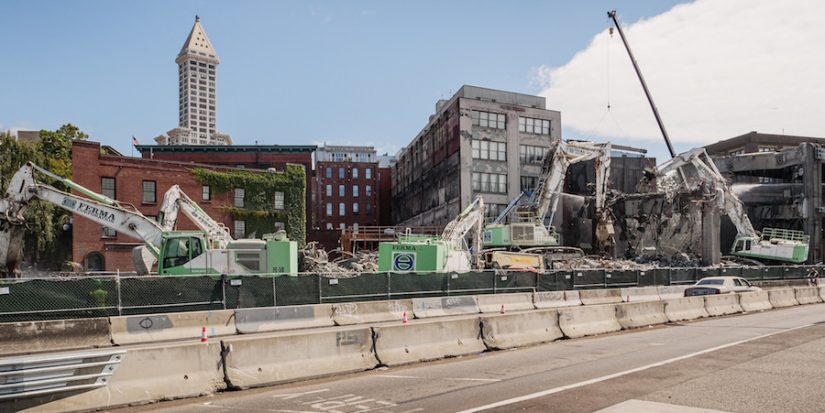 Removal of the old Alaskan Way Viaduct in Seattle is expected to wrap up by the end of September, ENRNorthwest reports. The Washington State Department of Transportation (WSDOT) and Kiewit, the contractor, have completed 80 percent of the double-decker concrete viaduct’s removal from the waterfront and are entering the final phases.

According to the news agency, crews were removing the last large piece of viaduct in Pioneer Square and cutting the western girders at the end of August. Crushed concrete rubble from the viaduct is being placed in the decommissioned Battery Street Tunnel, which now holds approximately 74,000 tons of the rubble, which has filled it to approximately half its height.

Utility work is next on the agenda for the old tunnel before anymore scrap is added. Crews will then begin pouring low-density cellular concrete into the tunnel from the surface to fill in the gaps throughout the tunnel. WSDOT expects the tunnel to hold 60,000 cubic yds of rubble, and will send approximately 7,000 tons of rebar for recycling.