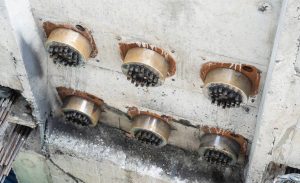 Delays in the construction industry are common. This is especially true for large projects such as bridges that may take several years to complete.

For structures that use post-tensioning, grouting is one step that is often postponed for several weeks or months due to cold weather, transit of precast segments, or other project delays. During this time, post-tensioning (PT) tendons installed in PT ducts are at risk for corrosion, especially in environments of extreme moisture, chlorides, or high temperatures.

While it can be difficult to protect these tendons in such hard-to-reach areas, Cortec® Corporation has provided a simple solution by offering MCI®-309—a Migrating Corrosion Inhibitor

that requires no flushing before grouting. MCI®-309 has been improved this year by removing silica from its formulation! 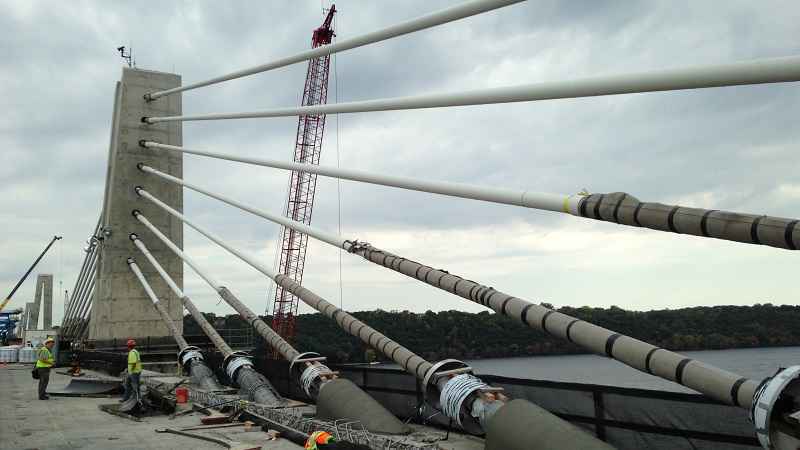 for protection of ferrous and aluminium metals located in recessed areas, interior cavities, and structural voids. It is an extremely efficient dry method of protecting metals within an enclosed space by simply dosing MCI®-309 powder into the void. Upon application, it vaporizes and forms a molecular layer of corrosion inhibitors on the metal surface.

If this layer is ever compromised (for example, by moisture or by opening the enclosed space), it will be automatically replenished by new vapor being continuously released from the powder carrier. MCI®-309 is considered ambiodic (mixed), meaning it protects both anodic and cathodic corrosion sites of the metal. It does not contain silica, silicates, phosphates, nitrites, or heavy metals. 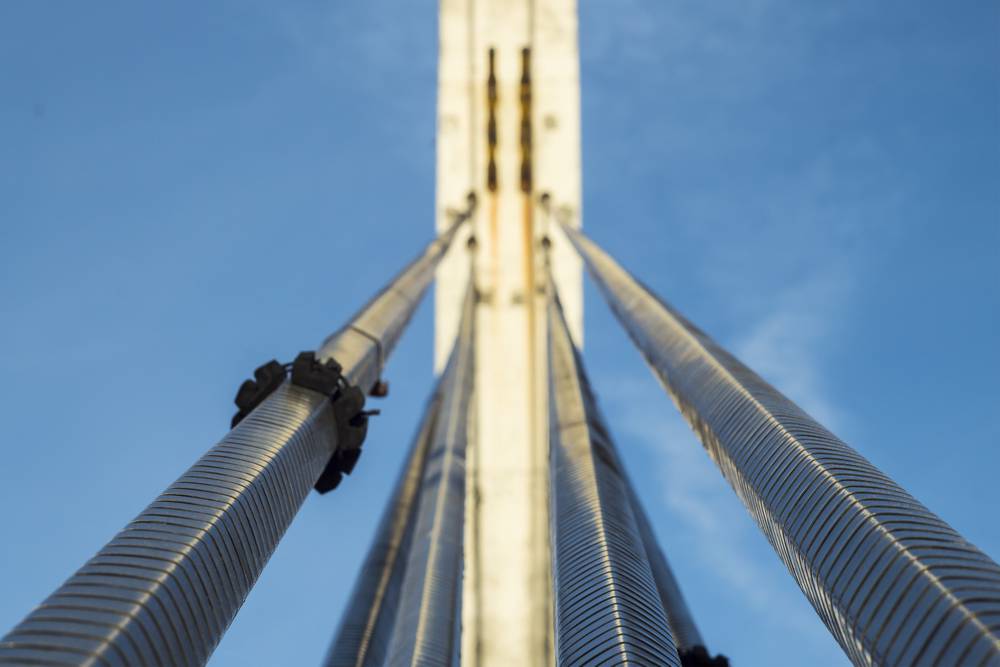 MCI®-309 is perhaps the easiest and most cost-effective method on the market for corrosion protection of prestressed tendons. It requires little to no surface preparation and is easy to apply by dusting, fogging, or sprinkling. It is also easy to remove by air gun or water. As a matter of fact, the removal of MCI®-309 is typically not required prior to concrete or grout placement.

This is a huge advantage over oily or grease-based corrosion inhibitors that need to be cleaned off before grouting—introducing moisture into the cavity by means of an expensive and time-consuming cleaning process. MCI®-309 does not affect physical properties of concrete and grout (set time, strengths, etc.).

Testing has also confirmed that MCI®-309 does not affect strand pull-out strength compared to a control. An excellent distribution network guarantees the availability of this revolutionary solution in more than 100 countries around the globe. 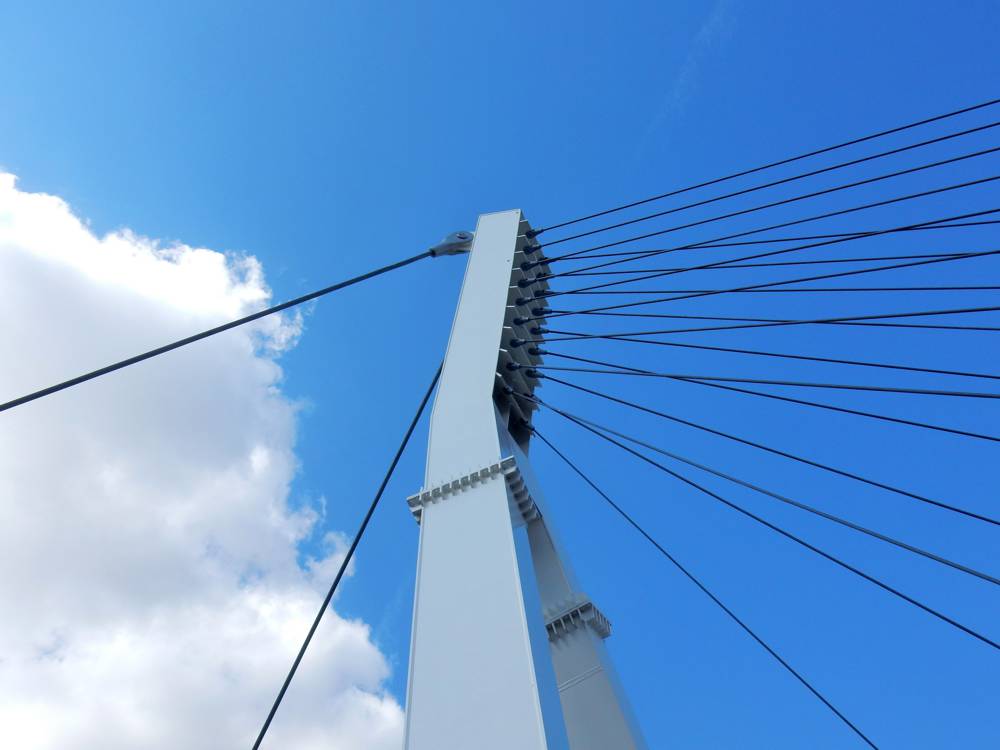 Inhibit Corrosion in New Bridge Segments and Other Voids

There are countless potential uses for MCI®-309, the most obvious being protection of PT strands placed in bridges but not yet grouted. Sometimes this is needed on location where the bridge is going up; sometimes it is offsite where bridge segments are precast and prepared for transit.

MCI®-309 can also be fogged into a variety of other tubular structures, pipes, and vessels where inaccessible or recessed metal surfaces are at risk for corrosion but are otherwise difficult to reach. While MCI®-309 is typically used for construction and grouting delays of several weeks or months, the product can provide up to 24 months of protection.

Several recent bridge projects exemplify the use of MCI®-309 for PT strand protection at various stages of construction. In the U.S., a new extradosed bridge crossing the St. Croix River Valley from Minnesota to Wisconsin opened in 2017 to improve traffic flow in the area.

The bridge took several years to complete and made use of MCI®-309 to protect post-tension strands that could not be immediately grouted after being placed in the structure. U.S. state and federal requirements usually call for use of a corrosion inhibitor if the delay is longer than 14 days, and MCI®-309 provided an efficient means to do so. MCI®-309 has also been used for important new bridges in Europe.

For example, a 5-mile (8 km) bridge being constructed in Denmark in 2018 was made of segments precast in Poland. MCI®-309 was applied at the casting site to protect the PT cables according to design requirements until the segments could be grouted, which was not until 30 days after arriving at the final construction site.

Protecting PT strands from corrosion before grouting is an important step to maintain cable integrity and meet construction regulations. The more practical the method can be to limit expenses and streamline construction, the better. MCI®-309 makes corrosion protection possible in a manner that is extremely easy for construction workers to employ without major interruptions to the project. 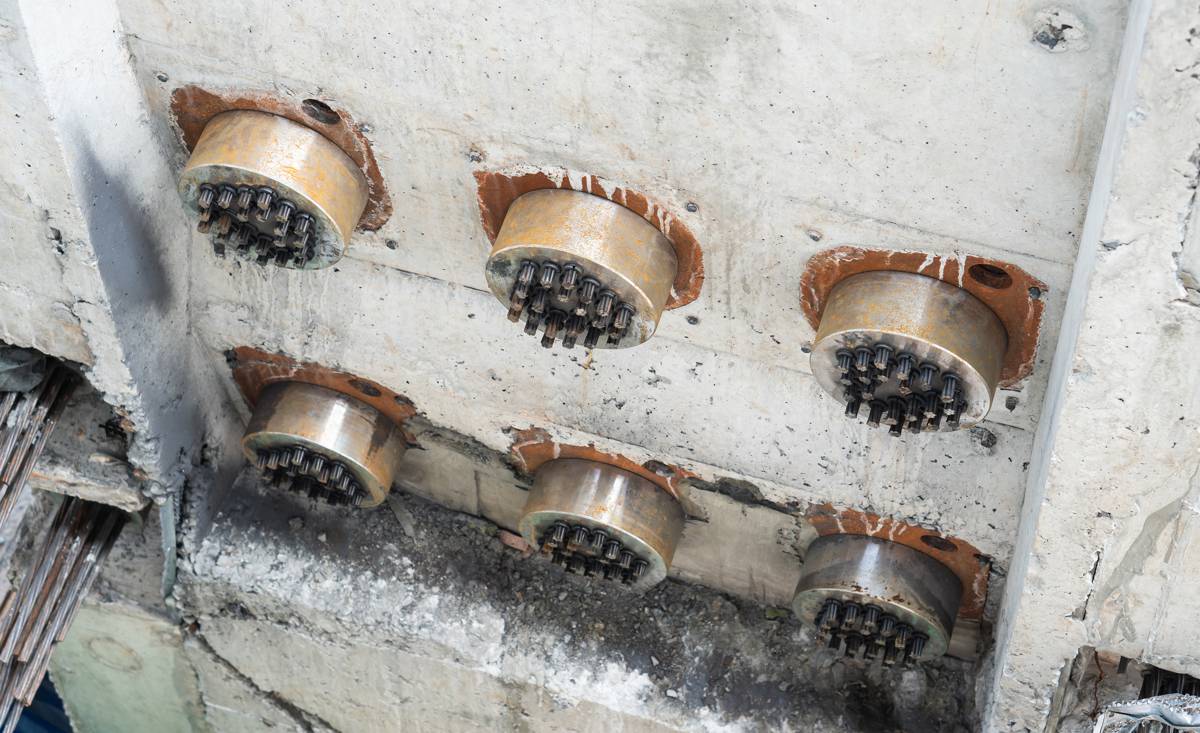 Here’s the Latest on ACPA’s 3 Minutes on Monday

Happy Thanksgiving from the Staff of ACPA