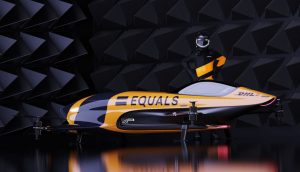 Airspeeder, the world’s first electric flying craft racing series is inviting elite pilots from across the globe to take part in the upcoming first GP season.

Airspeeder and Alauda Founder Matt Pearson made the call to pilots from civil, military, motorsport, UAV and even esports backgrounds at the Agility Prime virtual event. This represented a gathering of more than 3,000 leaders in the emerging eVTOL (electric vertical take-off and landing) sector organised by the United States Air Force (USAF) to further the role of eVTOL in civil and military aerial mobility.

Matt Pearson, Founder, Airspeeder & Alauda, said: “This is an opportunity for those with the required skillbase, cognitive and physical characteristics to join us in making history by piloting the most exciting motor sport vehicles on the planet. We want to talk to the best-of-the-best from motorsport, the military, civil aviation, drone racing and even esports.” 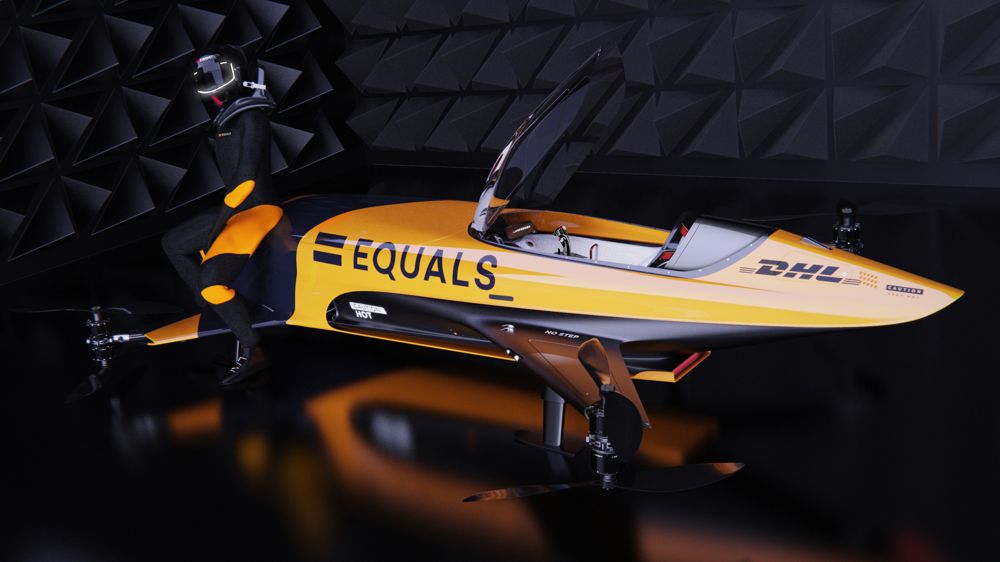 Colonel Nathan Diller, Team Lead, Agility Prime, said: “Defining the future of global aerospace is a truly global effort and the aim of Agility Prime is to empower the brightest minds across the globe to make the ’not yet’ the ’now’. Matt Pearson’s vision for Alauda and Airspeeder perfectly encapsulates this mission. From bases in Australia, the UK and through testing and racing across the world, his team will hasten a revolution in aerial transportation. We are delighted Matt has chosen our forum to make a call to elite pilots to be part of the most exciting and most transformative new sport on the planet.”

The racing series, which has just secured institutional funding from three leading tech VCs is moving rapidly through its technical development programme. The bold vision and that has inspired the creation of this revolutionary next generation motor sport will be applied to the selection of pilots.

As a next generation motorsport, Airspeeder is not limited to the traditional proving grounds for pilots in automotive and aeroplane racing.

Prospective pilots will be selected based on their previous aviation skill-sets and experiences.  Candidates will undergo Airspeeder-specific flight screening and pilot training using high-fidelity simulators and actual aircraft.     The programme will take into consideration the unique mental and physical elements of elevated risk and highly dynamic flying environments, such as stress loading and g-tolerance.

A talent pool of Airspeeder qualified pilots will be created that teams can then create rosters from. Further down the line, there is a vision that those pilots can then apply their services to the wider eVTOL passenger flight sector, very much in line with the open innovation philosophy that defines the company’s approach to accelerating the development of new technologies.

Matt Pearson, said:  “Progress is made by those with the boldest vision. Our mission to drive technical progress through the white heat of sporting competition is inspired by the spirit of the early aviation pioneers who connected our world through extraordinary feats of skill and daring. Our pilots will echo these endeavours and write their own chapters in history by accelerating the next great mobility revolution.” 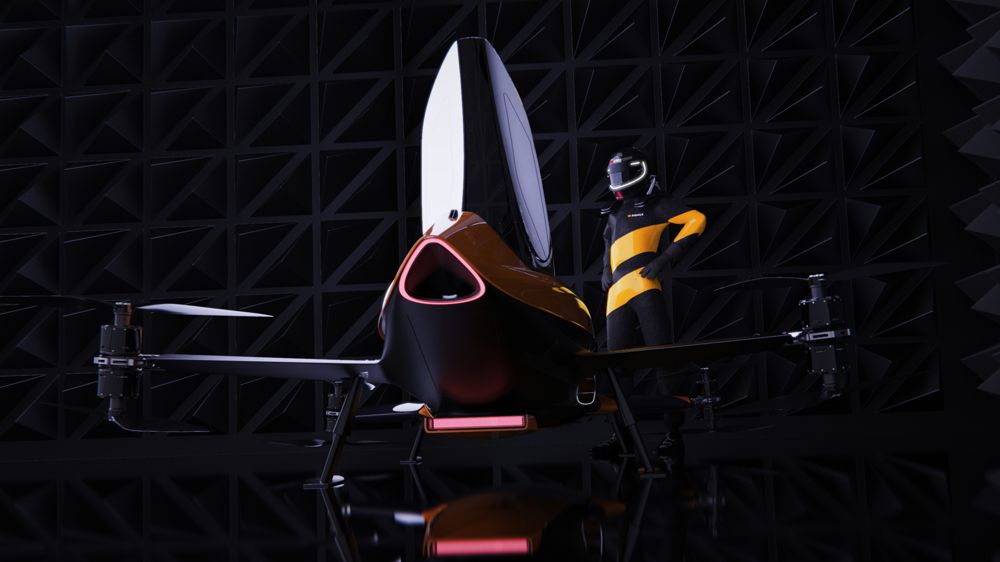 Airspeeder is the racing series conceived by performance electric flying car marque, Alauda. Once trained, elite pilots will navigate courses above some of the most visually arresting in the world.

Electric racing multicopters created by Alauda will fly at speeds of up to 130km/h. Airspeeder GP seasons will be contested by teams who will buy the original craft and equipment from Alauda, the Airspeeder series’ exclusive manufacturer but will be given freedom to set race strategy and recruit pilots from a pool of academy graduates. This will create a technologically even playing field, encouraging greater control for teams to dictate approach and ultimate create the close racing that traditional motorsport fans crave. This approach has been compared to the highly successful Formula E racing series. 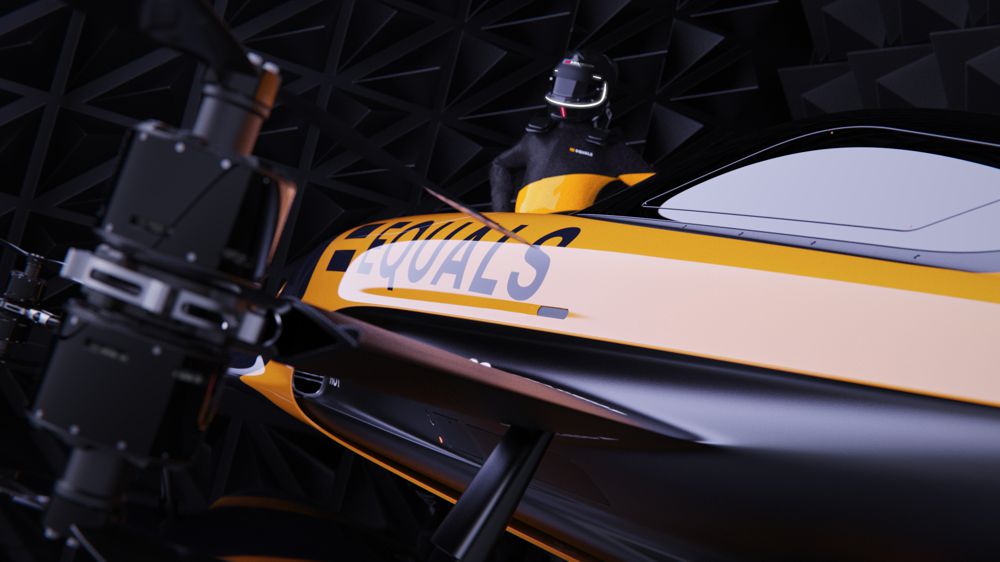 Airspeeder plans to stage races across the globe and is in discussions with some of the most iconic venues in traditional motor sport as well as entirely new settings.

The next stage of the sport’s global testing programme will take place in South Australia and the deserts of Mojave in the United States. This truly global effort is underpinned by founding partners and leading money management firm, Equals.

Equals help businesses from all industries, including some of the world’s most recognised TV and film production companies, with their global financial requirements – helping them to deliver complex, multi-national projects. In that sense, they represent the perfect partner for Airspeeder in its ambition to create a truly global, next generation sporting broadcast entity.

Matt Pearson, said: “Equals and their innovative money management solutions has liberated our engineers and technical teams to concentrate on the vital business of getting ourselves in the air. The seamless management of global currencies as we navigate multiple territories is an essential pillar of the success we’ve enjoyed so far and will provide the behind-the-scenes support to make electric flying car racing the most exciting sport on the planet.”

Global logistics giant DHL also backed the Airspeeder vision early and perfectly fulfils the role of plotting and executing a global sporting and entertainment entity. Airspeeder’s races and testing programmes will take place in remote locations across the globe. DHL’s logistics support will be invaluable in delivering the most excitement electric racing series on the plane. 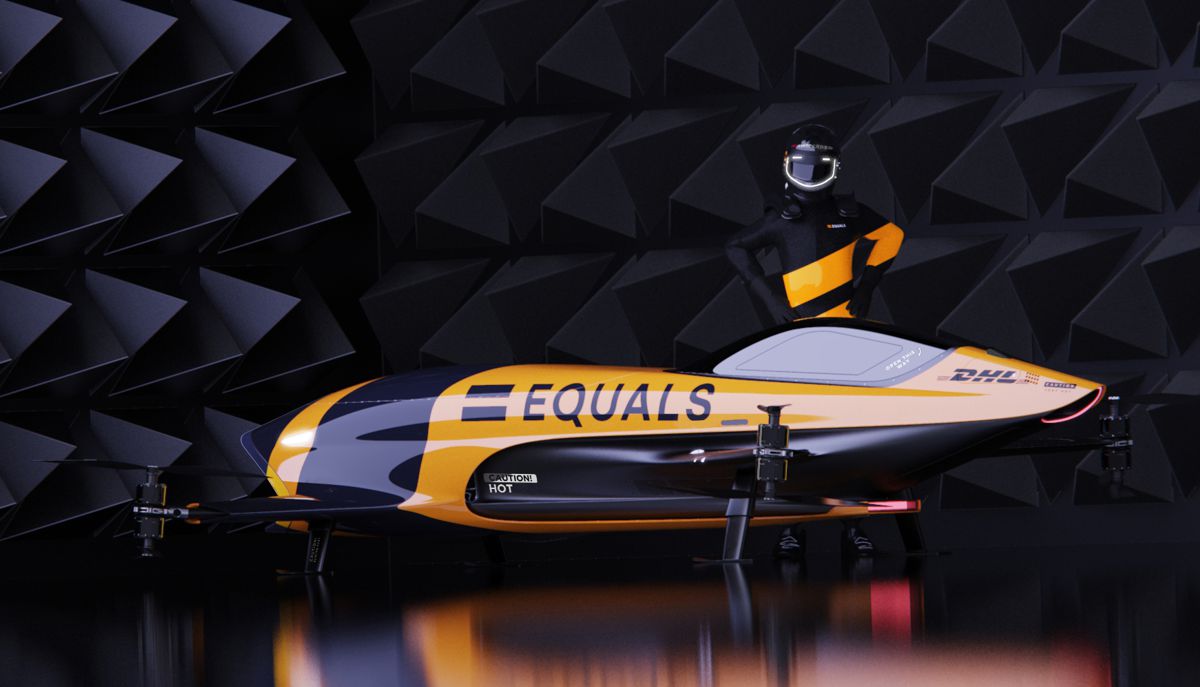